Are sugar gliders legal in your state?

Where are they legal?

Since they’re considered exotic pets, it’s good to know before you try to adopt a glider.

After all, you don’t want to fall in love with one only to find out that you have to give him up!

Are Sugar Gliders Legal in Your State? (Complete Guide to US State Laws)

Sugar gliders are “small, omnivorous, arboreal, and nocturnal gliding possum belonging to the marsupial infraclass” and are native to cool-temperate forests of Eastern Australia and the island of New Guinea

They are considered exotic pets in the United States.

For reference, the Code of Federal Regulations (9 CFR 1.1) defines an exotic animal as an animal

“that is native to a foreign country or of foreign origin or character, is not native to the United States, or was introduced from abroad.”

While there is currently no federal law that prohibits keeping an exotic animal as a pet, there are some states and a few cities that prohibit possession of certain animals, including sugar gliders

Before we dig into the legalities of gliders, though, I just want to go over one quick note.

Laws change frequently throughout the US, especially where exotic pets are concerned.

So, while the below is accurate as of today, you’ll want to double-check your own state law before adopting a glider.

In fact, don’t just check state law- dig down into your municipality’s rules.

As we’ll see below, even in states where they’re legal, some regions have banned them.

Got it? Good. Let’s get started!

Check out this video of a list of legal pets in California.

STATES WHERE SUGAR GLIDERS ARE 100% LEGAL

Sugar gliders are legal throughout most of the US.

As of right now, 41 states currently have no law prohibiting them. These include:

STATES WHERE SUGAR GLIDERS ARE 100% ILLEGAL

Only three states currently have an outright ban on owning sugar gliders. Let’s take a look.

Sugar gliders are not legal as pets in Alaska, according to the Alaska Department of Fish and Game.

While the law doesn’t specifically call out sugar gliders, they DO list animals that are legal to own

Interestingly, you can own a hedgehog, a chinchilla, and even a camel!

It is illegal to keep some species of non-native wildlife as pets in the state, according to the California Department of Fish and Wildlife.

This includes gliders, as marsupials are considered wild animals in California.

California’s law is very clear, as they even call gliders out by name in the title of their documentation.

Sugar gliders are on their list of prohibited animals, according to Hawaii’s Department of Agriculture.

STATES WHERE SUGAR GLIDERS ARE LEGAL WITH DOCUMENTATION OR PERMIT

In these states below, gliders are legal, but you’ll need proper documents and permits to keep one.

According to the Georgia Department of Natural Resources, “Sugar gliders are legal as pets if the owner possesses valid documentation that the animal originated from a source inspected and regulated by the United States Department of Agriculture.”

According to the New Mexico Administrative Code 19.35.7.8, “It shall be unlawful to import any live non-domesticated animal into New Mexico without first obtaining an appropriate permit.”

The Non-Game Exotic Pets Permit is available from the New Mexico Department of Game and Fish.

Pennsylvania does not ban the ownership of exotic or wild animals as pets, but it does require that you have a special permit for exotic wildlife possession, as per the Pennsylvania Game and Wildlife Code (Title 34, Section 2961-2963).

STATES WHERE SUGAR GLIDERS ARE LEGAL BUT ILLEGAL IN SOME CITIES

While sugar gliders are legal throughout the majority of these three states below, some cities instituted their own ban on the marsupials

Sugar gliders are legal in all of Minnesota except for St. Paul.

On December 26, 2007, the St. Paul City Council voted to ban sugar gliders in the city, as a preventive measure.

They did so because the “animals wouldn’t do well in this climate, and are high-maintenance, leading the city’s animal control department to fear frustrated owners would abandon their pets,” according to the Star Tribune.

Sugar gliders are legal in all of New York except for New York City, according to the NYC Department of Health and Mental Hygiene.

New York City Health Code Article 161.01, prohibits possession of “any animal that is naturally inclined and capable of inflicting harm upon human beings,” including all marsupials.

Sugar gliders are legal in all of Utah, except for Salt Lake City.

According to Salt Lake County Municipal Code 8.09– Wild, Dangerous and Exotic Animals, it is unlawful to own “any animal whose native habitat is not indigenous to the continental United States, excluding Alaska.”

Again, I really want to reiterate that laws change constantly.

So, your best bet is to call up your state’s game commission and just ask, “are sugar gliders legal here?”

Are sugar gliders legal in your state? Share below! 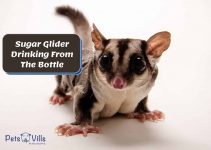 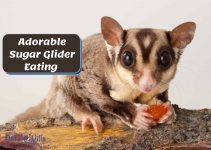