Even though they may be cute, there are a few pets that aren’t ethical to own, period.

Some animals are meant to live outside and be free!

Sadly, even though that should be pretty obvious, some people don’t see the signs.

Starting from squirrels and raccoons, let’s take a look at some of the pets that no one should really own.

You may also like: 10 Most Popular Pets Besides Cats and Dogs

Celebrities are notorious for having unethical pets, and monkeys seem to be among the most common.

Make no mistake about it, though; monkeys are not ethical pets to own.

Even though monkeys are believed to express similar behaviors to humans, they are a lot more complicated than that.

You can think of a monkey, as a toddler with increased agility.

Once they learn a behavior, they will push it to the maximum.

Above that, it can be very hard to keep them contained, and will try to break any boundaries.

Some people swear that owls are the cutest animals possible, and they really are.

The bad part, is that it can be almost impossible to set up a proper habitat for them.

Owls are predatory birds, and besides the fact that they can become dangerous, they need to hunt in order to feel happy.

On top of that, they need a lot of space to fly and stretch their wings, and, let’s face it: people don’t usually have that much space.

Snakes fall into a bit of a grey area, as there are some that tend to do okay in a habitat versus the wild.

However, just because they can do okay in a tank doesn’t mean that they’re ethical pets to own.

When it comes to pet snakes, there are two very important aspects that need mentioning.

On the first hand, venomous snakes are a big no-no.

They really are fast and dangerous, and the owner can put his life, as well as his neighbor’s life at risk if it escapes.

On the other hand, snakes really need big spaces in order to feel comfortable.

They need to stretch, move, be able to walk in a straight line if they feel like it, and even climb from time to time.

Most tanks just can’t give them that freedom.

On top of that, it can be hard to make sure their diet is proper, as most times, they will only eat live animals.

Needless to say, tigers are among the top pets that aren’t ethical to own.

Well, rather, it should be needless to Say.

Apparently both the famous and the infamous (Joe Exotic and Mike Tyson, I’m talking to you) missed the memo.

Tigers are absolutely huge felines and can be unpredictable, no matter how experienced the owner is.

They do behave like normal cats sometimes, but the moment a tiger decides what its prey is, there’s no turning back.

Besides, they need an incredible amount of space and live prey in order to be happy and to be honest, that doesn’t make them “pets.”

In many pet shops, you can get adorable squirrels to keep in your house.

Even though they are cute, small, and fluffy, you really shouldn’t try to raise a squirrel in captivity.

Despite their small sizes, squirrels can be quite unpredictable, and sometimes carry a lot of unidentified diseases, such as rabies.

Wolves look a lot like our beloved canine companions, so they must be just as good pets as dogs, right?

Wrong. On so many levels, wolves are not ethical pets at all. Wild wolves are afraid of humans and even “domesticated” ones retain much of their wildness.

As the US Fish and Wildlife Service explains,

The reality of owning one of these animals is often very different. While wolf puppies might be every bit as cute as dog puppies, they will grow up to be wolves, not dogs, no matter how much they are treated like dogs. With wolf-dog crosses, or hybrids, the higher the percentage of wolf genes, the more wolf-like behavior the hybrid will exhibit.

Plus, if you adopt a wolf (or, more likely, tear it from the wild since no ethical person will sell them), you’re likely breaking the law.

Wolves are protected in many areas and illegal to own throughout most of the US. FYI, that goes for wolf/dog hybrids, too.

Please, leave the wolves in the wild. They don’t belong in your house!

Having a raccoon as a pet has been a trend for a few years, and that’s incredibly wrong.

In some places, it’s actually illegal to own them, and it’s also highly unethical.

They are wild animals and used to a certain lifestyle. On top of that, they can carry a lot of parasites, and even become aggressive towards their owners.

Honestly, any wild and undomesticated animal belongs on a list of pets that aren’t ethical to own.

The only exception is animal sanctuaries that rescue and care for injured animals.

They know what they’re doing, though, and if at all possible they return the animals to the wild.

If you really want to get yourself a cute animal, then you should stick to the domesticated ones that actually like humans and thrive well in our care.

Think guinea pigs, cats, and dogs rather than lions and tigers and bears (oh my!).

These pets that aren’t ethical are meant to live in the wilderness, and no one should take that away from them.

Do you agree with this list of pets that aren’t ethical to own? Share your thoughts below. 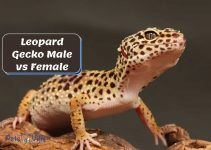 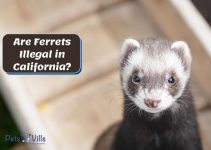 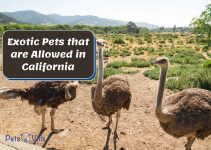