The leopard gecko male vs female concern hits you as a new owner of this cool pet.

I have to admit that it was a challenge trying to name my lizard buddy when I brought it home.

But I had to know whether my new pet was a male or female as soon as possible.

I went to a local vet, and here are some insights I learned that I want to share with you.

When Can You Sex a Leopard Gecko?

Yes, but knowing the sex of your leopard gecko (Eublepharis macularius) can be extremely tricky. However, knowing where to look makes it much easier to sex your scaly pal.

Typically, when you buy a gecko from a reputable breeder, they will know whether it is a male or female. These reptile experts can tell this by knowing the incubation temperature they kept the leopard eggs in before hatching.  (1)

According to these conditions, you can get a Temp-Sexed Male (TSM) or Temp-Sexed Female (TSF) depending on varying or constant temperature. Here is a table highlighting incubation temperature vs gender:

With a baby leopard gecko, it is challenging to know the sex, so you have to wait until they hit sexual maturity. A leopard gecko shows their sexuality at six months of age.

Look at your gecko’s underside to find out the sex. However, care should be taken when handling the lizard since they can drop their tail, exposing them to infections.

This YouTube video from Alex’s Agamids highlights five reasons your gecko can drop its tail.

How To Tell If a Leopard Gecko Is Male or Female?

If you cannot reach the breeder to solve the leopard gecko male vs female question, you have to find other ways to know your pet’s sex.

Here are the signs that will help you tell difference between male and female leopard gecko.

These pores are located on the gecko’s hind legs and appear as small white dots. Even though both males and females have them, they are more dominant in males.

They excrete pheromones that male leopards use to attract mates and mark their territory. Also, note that there are instances in which these femoral pores can get clogged up, warranting a vet visit for unclogging.

So if you take a look at the reptile’s underside and note small dots running on the thigh region, you have a male. On the other hand, you have a female leopard gecko if you cannot locate any.

A gecko’s hemipenes imply the male sexual organs. A male Leo is likely to develop two visible bulges on the side of its vent near the horizontal slit.

These bulges pop out temporarily when the male Leo mates with a female companion. On the other hand, female geckos lack these distinct bulges, making it easier to know your pet’s sex.

You should avoid harming the sex organs, which can cause hemipene prolapse.  (2) Also, note that any pressure applied to this part can traumatize the lizard, prompting it to drop its tail.

These pre-anal pores are present in males and females on their undersides. On a male, they are more noticeable and form a line.

Females will have a V-shaped pore formation around the vent but these are much smaller and harder to see than on a male. (3)

These pores exude a waxy substance that helps attract mates and mark territory. So if you hold a gecko and fail to see the V-formed pre-anal pores, then it is a male Leo in your hands.

What’s The Difference Between a Male and Female Leopard Gecko?

Other than the three unique ways to know how to tell the gender of a leopard gecko, there are other tell-tale signs: temperament, movement, sounds, size, and lifespan. The visible differences include:

While breeders suggest that temperament depends on the gecko’s sex, this is not the case as it boils down to the pet geckos themselves. There are an equal number of aggressive female geckos as male geckos.

One thing to note is that a leopard gecko’s behavior changes when they reach puberty. Males become territorial and females, decrease their food intake when they start ovulating.

Upon reaching adulthood, your female geckos will ovulate from January through to July and need extra calcium. Adult male leopard geckos also become restless during the breeding season as they try to look for mates.

A male Leo typically launches at its food, whereas the female appears calm. You will also note that males tend to approach you as you approach the vivarium compared to females.

Both lizards will shake their tails; however, a male’s tail shake produces a rattlesnake-like sound. They usually start to produce this sound after reaching maturity and during the breeding season.

One easier way to answer the question “how to sex a leopard gecko” is by the sounds they make. Since male geckos are territorial by nature, they tend to make more noises. For instance, they will chirp to announce their presence to females during the mating season.

They will also chirp when they feel threatened by other geckos approaching their territory. In contrast, a female gecko usually chirps when hungry.

The average lifespan of a male gecko is 15 years, with some having a life expectancy of over 25 years. This is because males tend to have fewer health complications compared to females.

On the other hand, female geckos ovulate for months whether they mate or not. During this time, they eat less or no food, thus suffering from calcium deficiency which brings about metabolic bone disease.  (4)

Here is a YouTube video from Leopard Gecko showing what MBD looks like in a leopard gecko.

So, have a sufficient calcium supplement supply and dust their food with the calcium powder during the egg production season. Average female geckos have a life expectancy of 15 years and are also prone to health issues like dystocia. (5)

Male Leos have a larger body mass and frame than their female counterparts. By looking at the lizards’ broader heads and neck area, you will note this.

The male species tend to be more prominent in stature for the following reasons;

During the breeding season, male geckos appear to be more outgoing and will enjoy the human touch. On the other hand, female geckos will run and hide when you approach the tank.

You can also house more than one female reptile in one tank, provided you have offered the necessary amenities. This is advantageous for a beginner lizard keeper looking to keep several females for breeding purposes.

In contrast, keeping more than one boy gecko in an enclosure is not advisable, so use separate tanks. This is because males are aggressive and bite each other, translating to injuries and infections.

Always be aware of leopard gecko tail drop when handling your pet.

If you’re planning on getting one of these reptiles as a pet, it is good to have an understanding of leopard gecko poop.

Which Gecko Pet is More Favorable To Get?

A male appears to be a more viable option than a female in comparison. This is because they can reach up to 25 years old with proper care and environment.

They are also less prone to diseases, and some owners report consistent feeding patterns. With a girl gecko, their ovulation patterns tend to drain the creatures healthwise and result in shorter lifespans.

As a new pet owner, you will probably wonder whether to get a male or female beginner reptile. Whether you choose to buy your pet from reptile expos, pet shops, or commercial breeders, be ready to ask questions because their care requirements differ.

Can male and female leopard geckos live together?

No, the Eublepharis macularius species are territorial and solitary creatures. It is best to put the creatures in separate terrariums and only introduce a cage mate during the breeding months to avoid fights.

No, female leopard geckos depend on mating with males to produce viable offspring. However, note that a female adult gecko will continue to lay eggs even without contact with males, but they are infertile.

Can leopard geckos reproduce without a male?

No, leopard geckos cannot reproduce when kept without a male around. Even though they will produce eggs, they won’t be viable for reproduction since the male DNA is missing.

No, female geckos have a narrower body frame when compared to their male counterparts. This is because the male species are more prone to combat, hence the broader appearance and body mass.

Knowing the sex of your new leopard gecko is essential to every new or veteran reptile owner. However, determining the sex of this new pet can prove to be troublesome.

Luckily for you, commercial breeders have the answer to the leopard gecko male vs female question.

However, if you are not successful in that, this guide highlights all you need to know about sexing your individual geckos, the right time to do so, and the differences between male and female geckos.

So it is up to you to make an informed decision. 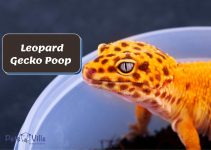 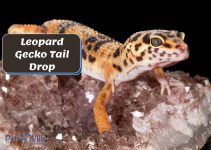