They’re not too cuddly, but bearded dragons are working their way into the hearts and homes of American families.

And now researchers at Illinois University Urbana-Champaign have ensured these scaly companion animals receive medical care just as much as the other pets!

Interdisciplinary researchers at the Beckman Institute for Advanced Science and Technology and the College of Veterinary Medicine performed MRI scans on bearded dragons to generate a first-of-its-kind brain atlas: a high-resolution map of regions in the creatures’ brains.

Currently, there [is] no standardized protocol for performing MRIs on America’s No. 1 companion reptile.

“It is challenging to get spatial resolution sufficient to see disease in the brain of a bearded dragon using a clinical MRI machine designed for humans,” said Brad Sutton, a professor of bioengineering and the technical director of the Biomedical Imaging Center at the Beckman Institute. “It is important to understand what a healthy bearded dragon’s brain looks like, and to understand the variation across different animals.”

“There are several instances when a bearded dragon would benefit from an MRI exam. However, a strong consideration prior to ordering this diagnostic would be the risks associated with anesthesia,” said Krista Keller, an assistant professor of veterinary and clinical medicine and the service head of zoological medicine at the Veterinary Teaching Hospital.

The researchers’ work appeared in Frontiers in Veterinary Science in May 2022. It identified a predictable and safe anesthetic protocol that can be used in future clinical cases. Data from this study also expands the clinical information available to researchers performing high-resolution MRI scans of bearded dragons in the future.

To compile their data, the team used a 3 Tesla MRI scanner located in Beckman’s Biomedical Imaging Center to image seven bearded dragons safely and non-invasively. The bearded dragons came from a research and study colony and represent the most common lizard species encountered in veterinary medical practice.

The researchers used an image averaging strategy to compile the scans into a single idealized model of a bearded dragon brain; the resulting atlas will be used as a standard reference material in the event that a bearded dragon may be diagnosed with or treated for a neurological disease. Anatomical atlases of reptiles including the tawny dragon, the tokay gecko, and the garter snake were also used for reference.

“Our goal for this study was to not only provide clinicians with an anatomic reference of the bearded dragon brain, but to also establish a safe and efficient MRI and sedation protocol that can be utilized in practices with access to either a 1.5 or 3 Tesla MRI,” said Kari Foss, an assistant professor of veterinary and clinical medicine.

Olfa knows how to get things done and has a keen business sense that others admire. She’s always on the go, coming up with new ideas! Her ability to anticipate the needs of her readers and deliver information that they want is what makes CatVills such a success. She loves cuddling her cat Picaciu. He is her inspiration.
Find her on: LINKEDIN
Read her latest articles HERE
Learn more about her 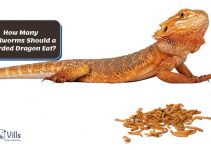 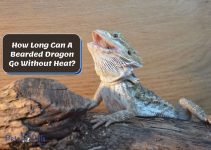 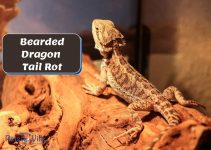