Continental Giants, also known as German Giants, are descended from the Flemish Giant.

They have been around since the late 1800s, and are a giant in the rabbit world (literally). The largest rabbit in the world was a Continental Giant named Darius who weighed in at over 50 pounds and was 4.4’ long!

The collective name for all of these giant rabbits is the Continental Giant or Conti for short. They usually weigh between 16-25 pounds and can grow up to 3 feet long.

They are excellent pets but do need a little more attention due to their size. They are great around children and truly are gentle giants.

READ MORE: How to Take Care of a Holland Lop Rabbit

Continental Giants may be the largest bunny breed out there, but their size does not stop them from also being cute. These furry little friends, or furry big friends, are as cute as a (very large) button.

They have a semi-arched body, with the body arch starting at the shoulders and continuing down to the tail.

This breed has a long and powerful body, the size of the rabbit playing a big factor here, with muscular hindquarters and legs.

The front legs are sturdy and straight. Both sexes of Continental Giants have large heads, with the males having the larger.

They have large eyes and pointed ears which stick straight up. The ears are about a quarter the length of their body, making them among the largest ears in the bunny world.

The coat is dense and glossy. They are soft to the touch and come in a variety of colors, with gray, fawn, sandy, black, and white being the main ones.

How Do I Care for a Continental Giant?

Continental Giants have thick and glossy coats which need to be groomed regularly. Spend time once or twice a week grooming your rabbit and not only will that protect their coats but it will help you to bond with them too.

Continental Giants may not be the most active rabbits in the world, but they still need a lot of space due to their size.

When looking at a cage, you can never go too big. The cage should be at least big enough for them to fit into it standing up or laying down.

When standing, there should be enough room for the ears to stand up straight in the cage, and when laying down, they should be able to stretch their body out fully.

When choosing a cage, it is always a good idea to choose one made from natural or rabbit-safe materials. Bunnies love to chew, and they will chew on the metal bars of a cage.

Continental Giants are large creatures who put a lot of weight on their feet. When choosing a cage, one with a flat bottom will be better suited than one with a grid bottom. Line the cage with padding too, such as lots of sawdust or hay.

You need a lot of bedding for your continental Giant due to their magnificent size, but the materials are standard like for most bunnies.

The only difference is that you will need more. Use straw, hay, pellets, cardboard, or wood to create a bed which they will be comfortable and love to chew on.

Keeping your bunny’s cage clean means looking after the health of your bunny.

You should completely clean out the cage at least once a week, replacing all of the bedding, litter, etc., and sanitize the cage too. Along with a weekly clean, you should be spot-cleaning the cage as often as you can.

How Active Are Continental Giants?

Continental Giants are not the most active rabbits in the world but they are rabbits, and rabbits like to hop around and explore.

Along with having a large cage, you need a lot of space for the bunny to run around in; mainly due to their size. Invest in a large run for your Conti or dedicate an entire room to them.

Many Continental Giant owners have a room with a cage that the bunny is also allowed to explore.

Continental Giants also love to run around outside.

If you have a surrounded yard, then you can let them play out there, or have a run outside for them to play in.

If you are letting your bunny outside, then always be there with them, just in case a predator is close, or they find a way to escape your yard.

What Should I Feed My Continental Giant?

You should be checking the water dish of your rabbit every day, and multiple times each day to ensure that it does not become contaminated.

You can give your Conti unlimited fresh water and let them drink as much as they want. The same goes for hay.

Give your rabbit unlimited amounts of fresh hay to aid their diet and help them to wear down their teeth.

While you should feed your Conti the same ration of food per weight as any other rabbit, this is often a lot more food due to their size.

Continental Giants, as such, will cost you a lot more in food than most other breeds. Feed your bunny half a cup of pellets for every five pounds of weight.

Monitor your Conti to make sure they are not gaining weight.

If they are gaining weight, then you may have to limit their pellets as there is nothing that can be more detrimental to their health than being overweight, and it can be hard to bring a rabbit back down to the correct weight once they have gained it.

Continental Giants are large bunnies, but this does not make them any harder to care for health-wise.

A common problem for many bunnies is sore hocks. When there is a lot of pressure on the feet, mainly due to hard flooring, it can lead to pain in the feet.

Contis are particularly susceptible due to their mass. As long as you pad the floor of their cage, they will have no problem.

Another common problem, as is a problem with every rabbit breed, is overgrown teeth.

Again, this is easy to solve with lots of hay (and other chew toys). As long as your rabbit has something to chew on a daily basis, it will never have overgrown teeth.

Other than that, there is not too much to look out for with Continental Giants. Monitor their behavior and health, and schedule regular vet visits and your bunny will be well looked after.

Continental Giants are gentle giants, making them great pets for children and adults. Along with being friendly, they are also easy to train, and children will love to litter train these amazing rabbits.

Over time, the bunnies can also be trained to respond to their names and to interact with you through simple games.

The more time you spend with your bunny, the stronger the bond is going to be between you and your furry friend, and the easier they will be to train. There are even some pet owners who describe it as like having a dog in the home.

When it comes to providing toys, Continental Bunnies are too big to take pleasure in structures that can be played on or around, but they will appreciate toys which they can interact with and move, along with those which they can chew on.

Being smart bunnies, they thrive with puzzles. Look for toys that you can hide their treats in and watch them figure out how to get those treats.

Continental Giants are large, and that is the main thing holding back the inexperienced bunny owner. They are easy pets to care for and look after but are suited to someone who has some experience in handling bunnies.

They are gentle, but the size makes them harder to handle than regular-sized bunnies.

If you do not have experience with bunnies, then it is recommended that you take a class before thinking about taking the plunge with a rabbit this size.

Did you ever saw a rabbit breed bigger than this? Let us know in the comments section

Alina Hartley is a small-town girl with a ginormous love of bearded dragons. It all started with Winchester, a baby bearded who was abandoned at the shelter by his former owners because of a birth defect that caused one front leg to be shorter than the other. Alina originally went to the shelter looking for a guinea pig, but one look at Winchester and it was love at first sight. From that day on, Alina has dedicated her life to learning everything she can about bearded dragons. She loves helping new beardie parents start their incredible journey with these magnificent reptiles.
Follow her on:
LINKEDIN
TWITTER 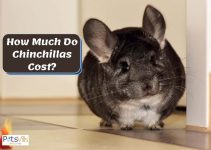 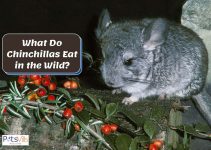 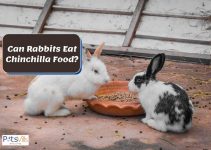