I almost melted seeing this video of a beardie listening to music. Check it out:

This little fella decided to just hang out and chill for the day. It seems like they are listening to their favorite song with such positive body language. They really seem to have an affinity for sound.

Maybe it’s their reputation of being cold-blooded that makes us humans would think that reptiles are incapable of responding to sound and even music.

But a study on a Nile crocodile published in the Proceedings of the Royal Society showed that reptiles do react to music (1).

Functional MRIs showed activity in the crocodile’s brain while he was listening to Brandenburg Concerto No. 4 by Johann Sebastian Bach.

So it isn’t surprising that our cool bearded dragon was having the time of his life listening to As You Fade Away. After all, not all reptiles have the same music tastes and like classical music, right?

In an interview (2) with Digital Trends, the paper’s author said this about brain activity in reptiles.

“Sure, given the fact that birds produce quite sophisticated ‘music’ on their own, one can assume that they have specialized brain areas to process complex sounds. But we did not expect that crocodiles have areas which look and seem to work so similar.”

That’s probably why the bearded dragon looked so relaxed in the video. From the looks of it, reptiles like bearded dragons may not be so “cold-blooded” after all.

Bearded dragons are becoming more popular household pets these days. And just like cats and dogs, bearded dragons can be emotional too.

They too can bond with their humans, although the way by which they express their feelings may be quite different.

For this bearded dragon, a road trip with a bit of music is clearly the way to go. Come to think of it, who wouldn’t want to change places with that little fella at the moment, anyway?

Maybe you should try to listen to some soft music with your beardie to see what your bearded dragon behavior is. If your pet likes it, this can become a fun activity for some bonding time!

2. Dormehl L. Why Scientists Put a Crocodile in an fMRI Machine and Played It Bach [Internet]. Digital Trends. 2018. Available from: https://www.digitaltrends.com/cool-tech/fmri-crocodile-bach/

Hi there, I’m Johanna a writer, cat cuddler, and all-around animal lover! 🐈 I have two furkids of my own – a blue-eyed Siberian cat named Karakita, and a Siberian Husky Sundance who is the boss of us all. A lot of my motivation comes from my love of animals and want them to be treated with respect 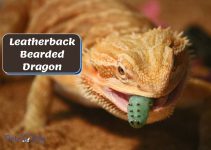 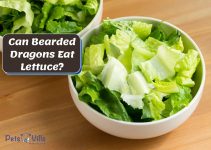 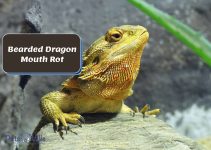