Wild chinchillas have completely different dietary requirements than pet chinchillas. You need to be careful not to feed your chinchilla the same diet as this can make them very ill.

What do chinchillas eat in the wild? Wild chinchillas are omnivores and feed on grasses, seeds, fruits, small plants, plant leaves, small insects, and bird eggs when they get a chance.

In the wild, chinchillas live in cold mountains, crevices of rocks, moving from rock to rock to escape from predators and to find food.

Chinchillas in the wild typically eat most of their food in the early mornings or late at night due to predators and because of their natural routine.

What Do Chinchillas Eat in the Wild?

Wild chinchillas are omnivorous and have a number of dietary options depending on what season it is and the time of the year.

Unlike pet chinchillas, wild chinchillas have limited food options and don’t have access to supplements, water, and pellets.

In the wild chinchillas feed on a large number of grasses, seeds, fruits, plants, small insects, and even bird eggs. Here is a shortlist of some of the foods chinchillas consume in the wild:

During the months of higher rainfalls, chinchillas like to eat mainly herbs followed by shrubs and bushes. In the moist year’s chinchilla will eat a range of 21 different plants.

READ MORE: What Do Chinchillas Eat? Can They Eat Guinea Pig Food?

Where Do Chinchilla Live in the Wild?

Wild chinchillas are native to South America’s Andes Mountains and come from the family Chinchillidae which are related to the viscachas rodent.

They got their name from the Andes tribe known as the Chincha. The Chincha used to wear chinchillas dense fur for protection and status.

In their native Bolivia and Peru, chinchillas are already extinct.

A group of chinchillas was later found in 1953, in Chile, after they were thought to be extinct in the Antofagasta region.

Chinchillas like to live in groups referred to as herds. A single hear can comprise between 14 to 100 members and reside in rocks and burrows.

This number is perfect for protection from predators and social interactions.

Chinchillas use their teeth for protection. They can also spray urine on predators or release fur when under attack.

Chinchillas breed twice a year and have a gestation period of 111 days.

How Does a Pet Chinchilla Diet Differ from a Wild Chinchilla’s Diet?

The fruits, herbs, grasses, and leaves can be dry or contain water depending on the season.

Succulent plants are readily available throughout the year. Wild chinchillas consume these plants to quench their thirst.

Chinchillas drink less water in the wild as they get a lot of their water from the food they eat.

The diet of pet chinchillas is hugely different than a wild chinchilla diet. Here are some of the differences

A massive part of a pet chinchilla’s diet is hay. Hay should be available for your chinchilla at all times. Hay racks are great because it stops the hay from getting moist or dirty.

Even when you buy a pelleted diet with high fiber content, it is still important to always supply your chinchilla with hay to make sure your chinchillas get enough roughage.

Roughage is important for your chinchilla’s digestive system and making sure it is functioning properly. It also helps the teeth remain in good condition.

The best hay option for your chinchillas includes Timothy grass and orchard grass, although there are other good quality grasses hay on the market.

You should clean out the used hay and replace it with a fresh one every day to prevent it from becoming moldy or soiled.

Loose hay is highly preferable to pressed cubes of hay because it has long-strand fiber.

A diet containing pellets is better than mixed food. While mixes are nutritionally balanced, your chinchillas may not consume all the parts of the mix.

You should be giving your chinchilla a handful of pellets each day while still giving them a constant supply of hay.

Consider purchasing your food from online stores if your local pet store does not sell quality chinchilla formula.

Keep in mind dietary requirements for chinchillas are specific and are different from other animals.

Chinchillas can easily fall sick if they do not have a chinchilla-specific diet.

Take a look at this video to know what foods you should avoid feeding your pets:

How Long Does a Wild Chinchilla Live for?

Wild chinchillas live in Rocky Mountains of the Andes Mountains in regions such as Peru, Argentina, Bolivia, and Chile.

In the wild, chinchillas will usually live for less than ten years. The reason for this is because they have to deal with surviving bad weather conditions, struggling to look for food, and staying away from predators.

One of the major problems that they face in the wild is dehydration.

Their body dehydrates quickly and cannot live in high temperatures for a long time.

They always live in constant fear of wild predators such as owls, foxes, and wild cats.

Although chinchilla hunting is illegal there are still people who hunt them to sell their fur.

Their fur is extremely dense and is usually used in the clothing industry to make expensive clothes.

How Long Does a Pet Chinchillas Live for? 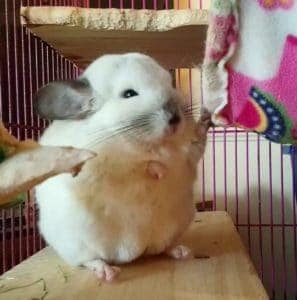 Pet chinchillas have a long lifespan compared to other animals such as rabbits and mice, and this makes them one of the best pet choices for many pet owners.

Pet chinchillas can live up to 20 years. This means 20 years of friendship if you keep them as pets.

According to the Guinness world record, the oldest chinchilla lived up 29 years and 229 days.

Just like other animals, chinchillas tend to survive for a long time if they are adopted as pets.

Pet chinchillas do not need to worry about prey, prey hunters, food, water, or shelter.

In addition, they do not have to deal with the bad weather conditions or risks their lives in the wilderness while in search of food.

As a pet owner, you should provide your chinchillas with balanced diet meals that the animals need to thrive and remain healthy.

You can always take your chinchilla to the vet for a regular check-up, this, in turn, plays a huge role in optimizing their lifespan.

Are Chinchillas Endangered in the Wild?

Sadly, many chinchilla owners do not know about the dangers these beautiful animals face on a daily basis.

According to the International Union for the Conservation of Nature (IUCN) chinchillas are now regarded as critically endangered species.

The population of wild chinchillas has drastically reduced by 90 percent in the last 15 years.

These rodents face severe danger and if action is not taken, they might become extinct in the near future.

Why Chinchillas are Endangered?

One of the major interruptions of the wild chinchilla population is human activity.

The introduction of legal measures has helped protect the chinchilla population since 1920, but still, the population continues to reduce.

Why the Threat Continue

Little has been done to protect chinchillas, and all the actions have apparently failed.

Some studies suggest that the population of chinchillas is too small to repopulate, even if all the right measures were put in place.

Illegal poaching is the biggest problem for the continued decline of chinchillas.

Other predators such as foxes hunt chinchillas more than in the past, partly due to anthropogenic or natural phenomena.

Replace hay regularly so that it does not form mold.

Avoid introducing sudden meals that are different from their day-to-day diet as they can make chinchillas sick.

Make sure they are eating and drinking every day and that their poop is dry.

Chinchillas are coprophages which means they can eat their poop. They do this to absorb extra nutrients. If you see them doing this you shouldn’t be worried as it is normal.

READ MORE: Can Chinchillas Have Carrots?

How often do chinchillas eat?

Chinchillas graze on hay all day and should be given a handful of grassed-based pellets daily.

How much hay do chinchillas eat?

Chinchillas eat hay all day and it’s important to make sure their hay rack is constantly topped up and is available to them at all times.

What vegetables can chinchillas eat?

Vegetable options for chinchillas include lettuce, dandelion greens, parsley, kale, carrots, turnip greens, and collard greens. Make sure not to overfeed them.

Have you ever seen a wild chinchilla? Let us know your thoughts about them below! 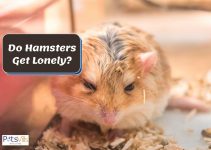