Do you ever wonder how do mother birds feed their babies? When you think about how a mother bird feeds her babies, you might picture her sitting on a nest and feeding them little worms.

But there’s more to it than that! In this blog post, we’ll explore the different ways that mother birds feed their young, from carrying food in their beaks to giving them regurgitated meals.

So read on to learn more about how baby birds eat!

How Do Birds Feed Their Young?

One of the most fascinating things about birds is how they care for their young. Most birds feed their chicks by regurgitating food [1] that they have previously swallowed.

The process begins when the adult bird swallows food and stores it in an enlargement of the esophagus known as the crop.

When it is time to feed the chicks, the crop muscles contract and push the food back up into the mouth. The bird then tilts its head back and transfers the food directly into the chick’s mouth.

This process allows chicks to get the nutrients they need without having to search for food on their own. In addition, it helps to bond parent and child, as they share a meal together.

As anyone who has ever tried to feed a baby knows, getting them to eat can be a challenge. It’s a good thing that birds have found such an efficient way to care for their young.

However, the method of feeding the birds varies from species to species. One thing in common is that hungry children open their mouths wide and scream.

The wider the baby bird’s mouth, the more convenient it will be for the mother bird to feed. In this way, the mother bird can feed a large variety of food to the babies.

How Does the Mother Bird Ensure all the Babies Get Enough Food?

Ensuring that all chicks get enough food can be a real challenge for mother birds. After all, they can’t very well stand in line and take turns at the feeding station.

Instead, they have to find other ways to ensure that each chick gets its fair share. One common strategy is for the mother bird to divide her food into smaller pieces and feed each chick one piece at a time.

This way, each chick gets an equal amount of food and no one is left out. Another approach is for the mother bird to feed the largest chicks first and then follow up with the smaller ones.

This ensures that everyone gets some food, even if it’s not an equal amount. Either way, it’s clear that mother birds go to great lengths to make sure their chicks are well-fed.

Moreover, the louder the chick cries, the more the mother thinks the bird needs more food. Then the mother bird feeds the young one.

CHECK: How Long for Bird Eggs to Hatch?

What Types of Food Do Mother Birds Feed their Babies?

All mother birds need to feed their babies, but the type of food they give them can vary depending on the species.

Some common examples of baby bird food include insects, worms, and small pieces of fruit or berries. While these may not sound appetizing to us, they are perfect for growing baby birds.

Insects are a good source of protein, which helps them to grow strong muscles and feathers. Worms are packed with nutrients that help keep baby birds healthy.

And fruit or berries provide them with the energy they need to fly and explore their world. So the next time you see a mother bird feeding her babies, take a moment to appreciate the variety of food she is able to provide.

When Do Baby Birds Stop Being Fed by Mom?

The answer varies depending on the species of bird, but most young birds will begin to explore outside the nest and eat on their own between 4 and 6 weeks of age.

During this time, they will still beg for food from their parents, but they will also start to take small bites of solid food.

As they learn to fly and hunt, they will gradually become more independent, until they are finally able to fend for themselves entirely.

So the next time you see a baby bird at your birdfeeder, don’t be surprised if its mother is not far away.

What Are Some of the Other Ways Birds Feed Their Babies?

Birds are known for their unique parenting skills. They have many different ways of feeding their babies, and it’s important to know what they do so you don’t interfere with them.

Birds have a variety of foods they eat, including insects, seeds, nectar, and fruits. Some birds even eat meat! Birds also have different kinds of mouths depending on what kinds of food they like to eat.

For example, hummingbirds have long beaks for eating nectar from flowers, while hawks have sharp beaks for tearing apart their prey.

Here are some other ways birds feed their babies:

Mothers will often regurgitate food for their babies. This means that they vomit up the food they ate earlier so that the baby can eat it again later.

Vomiting is a very normal process for humans and animals alike. It helps us get rid of things we shouldn’t digest such as bacteria or poisons and allows our bodies to re-use nutrients later on!

Some birds will also provide insects and worms for their chicks to eat directly from their own mouths! The parents will catch these bugs themselves or even give them to their babies as gifts!

Milk Sacs: Many birds have milk sacs that they use to feed their young after they hatch from eggs. They produce milk in these sacs so that when they hatch out of the egg, there’s already milk waiting for them!

Are There Mother Birds that Feed Young One’s Milk?

The answer is yes! There are a few mother birds that will actually produce milk for their chicks. The most well-known example is probably the pigeons, who have a special crop that produces milk for their young [2].

However, doves and some other species of birds also have this ability. The milk produced by these birds is very similar to mammal milk and is full of nutrients that help the chicks grow strong and healthy.

So next time you see a mother bird feeding her chicks, you can be sure that she’s giving them the best possible nourishment.

Have a look at this video.

Some Birds Feed Their Young at Night

Most species of birds rest and sleep at night. However, there are a few species that rest during the day and collect food at night.

Nocturnal birds [3] include owls and bats. They hunt at night and sleep during the day. Insects are one of their food, so they hunt insects at night.

Like other birds, they prey on insects, chew, soften and feed their young. In this way, the child can eat the food well.

So, there you have it! That’s how mother birds feed their babies. It can be a lot of work for them, but it is definitely worth it to see their little ones grow up and thrive.

Have you ever seen this process firsthand? We’d love to hear about it in the comments section below! 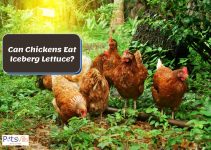 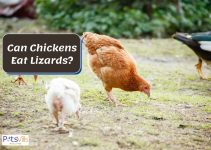 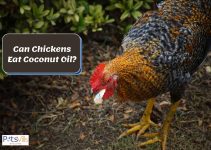