Can hamsters live together in the same cage? They are so little and cute that some hamster owners want to keep more than one hamster.

Can Hamsters Live Together in the Same Cage?

Yes, some can, but it will vary depending on the breed of the hamster, their personality, and how much space they have.

As for the breed, each breed has its temperament. Each hamster is different; some prefer being around others, while others prefer being alone. But certain hamster breeds are more inclined to live together than others.

With personality, hamsters are just like humans. Each has their personality and likes things differently.

Some hamsters like to be the dominant ones and bully other hamsters around. Others are shy and want to be alone. Then, others are wild and playful and enjoy having a playmate in the cage.

The living space is another factor in determining if the hamsters can live together. Too small of a space will cause the hamsters to get stressed.

They might fight each other over food bowls, sleeping space, or just out of being stressed.

CLICK TO ORDER: GUIDE TO GIVING YOUR HAMSTER THE BEST LIFE EVER!

CHECK: The Signs Of a Stressed Hamster

Hamsters have many breeds, but they are primarily found in the wild. In captivity, there are only five types of hamsters that are popular.

Below are the hamster breeds and their compatibility with other breeds of hamsters.

This breed of hamster grows to about 4 inches and weighs between 30 and 45 grams as an adult.

Chinese dwarf hamsters have a brown coloring with a dark stripe down their spinal area with black and gray ticks and a white belly.

Their long tail sets them apart from the other breeds, which are easily recognizable. Most people say they look like a cross between a hamster and a mouse.

Compatibility: This breed is very playful and may end up fighting each other from time to time. They should be kept in pairs or groups of the same sex.

The Syrian or golden hamster is the most popular breed kept in captivity. These are the most common ones you’ll see in people’s houses. [1]

This hamster is the largest and chunkiest of all the breeds. They can grow up to 6 inches and weigh up to 120g.

Their popularity is because of the many available colors. Syrian hamsters come in over 40 different colors.

They are great for all ages because of their friendly nature and easy handling.

Compatibility: This breed likes to be alone. In the wild, when they become adults, they will live their entire life in solitary, only meeting another to mate. In captivity, you should only keep one Syrian hamster in a cage.

This is one of the smallest breeds of hamsters kept in captivity. They grow to about 3 inches and usually reach 30 grams in weight as an adult.

Their appearance is usually in various colors, and they have furry tails and feet.

Because of their small size, this breed of hamsters is nimble and quick. They may be a bit difficult to handle.

Compatibility: This breed is best kept in pairs or groups of the same sex. If there is a dominant one in the group, it may start bullying the others. You may need to remove the dominant one from the group.

This breed of hamster is very distinctive in its appearance. They are usually 4 inches and have a curved spine towards the rear that gives them a bullet-shaped body.

Another feature that sets them apart from other breeds is the Roman nose.

Compatibility: Winter whites are naturally social animals and enjoy being around other hamsters of the same kind.

They can also get along with other breeds, but you’ll need to keep an eye on them for the first couple of weeks.

These breeds should be introduced to each other at a young age and kept in pairs or same-sex groups.

This breed is the smallest out of all the breeds kept in captivity. They will usually grow to just 2 inches. Besides their small size, Roborovskis don’t have a tail. [2]

Because of the Robo hamster size, they can be challenging to handle. They are very active and quick.

Compatibility: This breed is very aggressive. If you’re going to keep them together, make sure they are the same sex. Always be on alert as they tend to fight with each other.

6 Tips To Keep Hamsters Together

Here are some ideas you can do at your house to help your hamsters live peacefully together.

If there is more than one hamster in the cage, sooner or later, they will start to get stressed.

This is because of the limited space in the cage. Since they don’t have a lot of room to move around, they may fight each other.

It’s essential to get a cage that has plenty of space for all the hamsters to move around so your hamsters can live together in the same cage.

2. Keep Hamsters of the Same Sex Together

If you’re not planning to breed the hamsters, it’s a good idea to keep them together with the same sex.

Whether you have a pair or five hamsters, keeping the same sex together is best to avoid an unwanted pregnancy.

Hamsters are one of those animals that reproduce very quickly. If allowed, hamsters can breed every month! At each birth, you can expect between 5 to 12 hamster babies.

Unless you’re planning to sell the babies or have an additional cage to keep their offspring, it’s best to keep the same-sex hamsters in the same cage.

Hamsters are animals that seem to fight over everything when kept in a group. So, when it comes to food, you should always have multiple food and water bowls for them.

There should be at least 1 bowl for every two hamsters. This way, they will have an option to pick the bowl they want to eat from.

Also, if there is a more dominant hamster in the group, the less dominant ones can go elsewhere to eat.

When placing the food or water bowls, keep them far from each other. This way, while feeding, they won’t get cramped with each other.

4. Introduce Them When They Are Young

Hamsters that are introduced at a young age to each other tend to live well together throughout their lives.

So, if you’re planning to keep multiple hamsters together as adults, introduce them to each other when they are no older than 7 weeks.

During this time, they will stay close to each other for comfort and protection. After 7 weeks or so, they will start wandering off from the group.

If you introduce them when they are a bit older, they may fight each other for the first couple of weeks.

Hamsters are playful animals, and their playing might turn serious, especially when they don’t know each other well. Always be on alert for any fighting between them.

Hamsters that are kept together will probably start fighting each other when they are bored. Hamsters are curious and playful animals.

So, to prevent them from fighting one another, keep a lot of toys or build mazes to keep them busy.

As long as they have something to play with or activities that keep them active, they’ll be less likely to fight each other.

Hamsters can live happily together for many years if they are grouped correctly. But they can turn on each other for no apparent reason, and it can become deadly, too.

This means you must always be on the lookout for any strange behavior. Some behaviors to look for are below.

By observing their behavior, you can keep them safe from each other and reduce their stress level. If a hamster seems to cause too much trouble, it’s best to remove them and put them in a separate cage.

How To Introduce Two Hamsters to the Same Cage?

If you have adult hamsters you want to live with, you’ll need to introduce them slowly first.

Simply putting both in the same cage will cause stress in both of the hamsters. Sooner or later, they may start fighting each other for everything that’s in the cage.

Here are some steps to introduce them to the same cage.

If they get aggressive at each other, repeat the process. After some time, once they feel safe and not threatened, they will start to become friendlier with each other.

How many hamsters can live in a cage together?

A maximum of 2 hamsters can live in a cage together to avoid fights.

Can guinea pigs and hamsters live together?

No, you should never put a hamster and guinea pig together. Most breeds of hamsters are territorial and solitary animals. Because of their instinct, they will defend their burrow and food against the guinea pigs.

Can hamsters live together in the same cage? This question is very relative and difficult to answer since it really depends on many factors.

If you want your hamsters to live together and they are not from an aggressive breed, like Syrian hamsters, put them together when they’re no older than 7 weeks. If they are adults, you can try a gradual transition.

But remember that some hamsters are too aggressive and simply won’t accept another one in their cage. So, always observe their behavior, so your pets can always be safe.

So, did you ever tried keeping your hamsters in a single cage? Let us know in the comments section!

2. https://www.facebook.com/thespruceofficial. This Is How to Care for a Dwarf Roborovski Hamster [Internet]. The Spruce Pets. 2019. Available from: https://www.thesprucepets.com/roborovski-hamsters-1238944 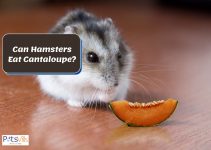 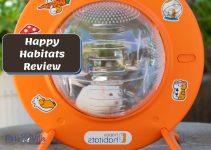 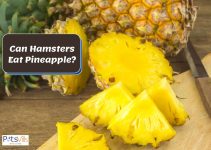