By goldfish, do you mean the crackers or the actual feeder fish?

The answer is actually the same, regardless of which one you’re asking about, but we’ll look at why for both.

According to Terrarium Quest, there are two major reasons for this.

Let’s take a look at them.

Lack of research into feeding fish to bearded dragons

Basically, fish hasn’t been researched enough as a food for these pint-sized dragons.

With so many other viable options available, there really isn’t a reason to explore fish as a part of their diet.

Beardies eat insects, fruits, and vegetables- all of which are readily available in pet stores (for insects) and grocery stores.

In fact, when you go to a pet store, you’ll typically find their favorite bugs ready-to-buy in the same vicinity as the feeder fish.

Plus, for the most part, insects are actually cheaper overall.

So really, there’s absolutely no reason to go with fish over bugs, ergo researchers really never had much cause to look into whether they’re a good option.

Does that make sense?

Without enough research to say “yay” or “nay,” it’s just better to stick with the foods that we already know are safe for our scaly pals.

The second- and perhaps most logical- reason why bearded dragons shouldn’t eat goldfish is because it’s just not natural.

Considering that beardies live in dry grasslands and deserts, it is highly unlikely they would ever come across a fish in their natural habitat – definitely not a natural food for them.

Even if beardies could eat fish in general, goldfish wouldn’t be the best option.

As one owner pointed out over on the BeardedDragon.org forums, they’re not really good option even for carnivorous fish like Oscars.

They are ridiculously fatty, and can carry a metric ton of different diseases and parasites do to the condition in which they are help.

I wouldn’t feed goldfish to anything, let alone my beardie.

Another owner reiterated that they’re entirely unnatural, and brought up a good point about potential diseases.

So, bottom line, giving your bearded dragon feeder goldfish is just a really bad idea. Don’t do it.

By “Can bearded dragons eat goldfish?” are you thinking more along the line of the crunchy snack that smiles back?

Well, the answer is still a big fat “NOPE.”

So obviously, they wouldn’t make up a healthy part of your dragon’s overall diet.

What about as an occasional treat, though?

Say you’re snacking on crackers and your beardie is chilling on your shoulder (I had an iguana that used to do that all the time).

He’s giving you that “hey, whatcha got there” look, and you think, “what harm can it do?”

Well, probably not as much potential harm as bacteria-ridden feeder goldfish can do, but it’s still not a good idea.

See, crackers and other bread-based products are too salty for your scaly buddy.

Plus, while that crunchy goodness is satisfying to humans, it’s just a bit too hard for beardies.

Learn more about bearded dragon diet expenses and find complete lists on what else to feed them (and what NOT to feed them) in our brand-new book! 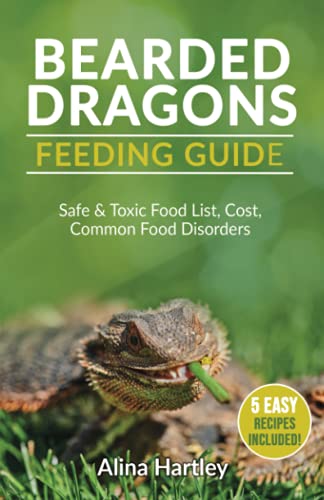 Let me be somewhat blunt here.

When we take creatures out of their natural habitats and put them into tanks for our enjoyment, we have a moral and ethical responsibility to give them a life that’s equal to or better than the one they’d have in the wild.

That goes for creatures bred in captivity, too, by the way.

A major part of that is making sure that their diets consist of foods that are actually natural for them to eat.

Goldfish- be it the swimmy kind or the crunchy cracker kind- DO NOT fit that bill.

So, please, just stick with the the foods that ARE actually part of your bearded’s natural diet.

It’s just not worth the risk to feed them anything else.

What do you think? Do you disagree? Can bearded dragons eat goldish? Tell us below. 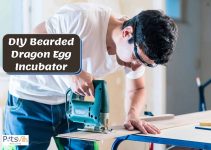 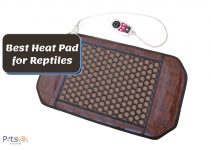